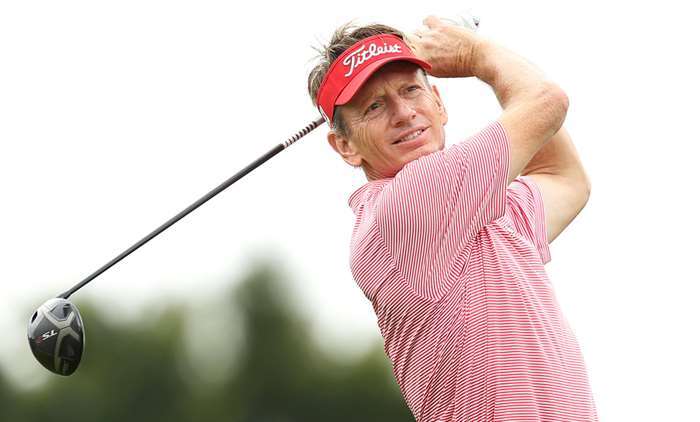 Faxon was raised in Barrington, Rhode Island. He attended Furman University and earned a Bachelor of Economics degree in 1983.

At Furman, Faxon was a two-time All-American (1982, 1983) as a member of the golf team. He played on the 1983 Walker Cup team. Faxon won the Haskins Award for the most outstanding collegiate golfer in the United States in 1983. He also received that same year's Golf Magazine and NCAA Coaches Awards as the nation's outstanding amateur golfer.[He turned professional in 1983.

Faxon has won eight times on the PGA Tour and played on two Ryder Cup teams. While admittedly not a great driver of the golf ball or a great ball-striker, Faxon has built a reputation as one of the best pure putters in golf history. He led the PGA Tour in Putting Average in 1996, 1999, and 2000 (when he set the single-season record with only 1.704 putts/greens in regulation) and finished 13th in 2005 at the age of 44. Faxon explains his success on the greens thus: "My only secret is confidence... I just try to hit every putt as if I've just made a million in a row."

Faxon had been one of the most successful players on the PGA Tour throughout the 1990s, a mainstay in the top 20 of the Official World Golf Rankings, but a knee injury began to hamper his effectiveness in 2003, causing him to suffer through his worst season in 14 years in 2004. Faxon bounced back in 2005, though, winning his first tournament in four years and finishing 45th on the PGA Tour Money List. On September 19, 2005, he underwent surgery to repair torn ligaments in his right knee. Faxon returned to competition for the 2006 season, in which he earned over $500,000.

Faxon made his Champions Tour debut at the 2011 3M Championship, where he finished T-31. He won his first title in October at the Insperity Championship.

Faxon and Andrade were awarded the 1999 Golf Writers Association of America's Charlie Bartlett Award for their charity work, given to professional golfers for unselfish contributions to society. Since 1999, Andrade and Faxon have also served as hosts of the CVS Charity Classic, a golf tournament held at the Rhode Island Country Club each June, whose proceeds benefit the two players' charity. He also co-chair's Button Hole with Andrade, a short course that serves as a teaching and learning center for children. Faxon also runs his own junior golf foundation.

In 2010, Faxon worked for NBC as an analyst on golf broadcasts during the season. It was announced in July 2014 that Faxon would be joining Fox in 2015 as an on-air commentator along with David Fay. Faxon resides in Florida with his wife, Dory, and their four children.